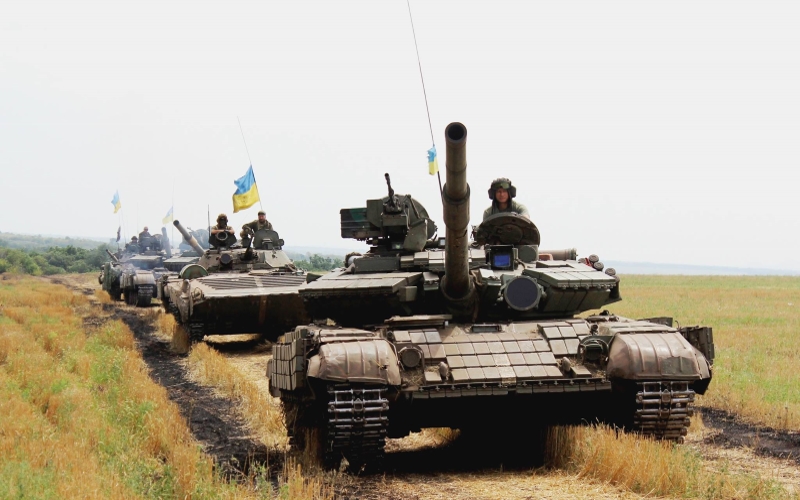 Improving force protection capabilities represents a particularly important challenge for Ukrainian defense industries in conditions of the ongoing military confrontation in Eastern Ukraine. This issue has for many years been actively and successfully addressed by Microtech Base Center for Critical Technologies (Microtech), a state-owned company that until recently was led by Vasyl Khytryk, Emeritus Engineer of Ukraine. Now a new company, Ukrainian Advanced Microtechnologies named after V.O.Khytryk (UAM) has joined the fray in the field of combat vehicle armor protection. The following is an interview conducted by Defense Express with Oleksandr Guchenkov, CEO of this new Kyiv-based company.

– Microtech has long been renowned both in and outside Ukraine, but your company – UAM – is not that much famous. As far as I’m aware, both companies are dealing with development of protection technologies for combat vehicle applications. Would you clarify who is who, and what is the business of your Company?

UAM was founded in 2017. Our team, which consists mainly of former Microtech employees who for a long time were directly involved in development of the Ukrainian protection technologies for combat vehicles, has great respect for the heritage left by recently passed away Vasyl Khytryk, chief designer/CEO of Microtech. He was among founders of Ukrainian explosive reactive armor (ERA) and active protections systems. This is the reason we chose to include his name in the Company’s title to reflect his legacy.

That being said, in no way do we claim the legacy of what has been achieved by Microtech. Being in the same field we still have certain different niches. Our business is focused on projects in several areas addressing development of ERA protection technologies. One such is about design, development and full-rate production of the 4S20U/4S22U ERA elements for the Ukrainian Army’s T-64, T-72 and T-80 main battle tanks (MBTs).

– Isn’t it a little outdated technology used in “Contact-1” and “Contact-5” protection systems…. Why return to the past?

The situation is as follows. Soviet-era designed 4S20 elements, which were not produced in Ukraine, are used in the ERA protection systems installed on most of the combat armored vehicles operated by the Ukrainian forces. These elements have certain periods of storage and use thus needed to be replaced after these periods expire. As I’ve said the majority of MBTs in Ukraine are protected with abovementioned reactive armor and so the MoD has a demand for this type of ERA elements pending the arrival of more advanced tanks with a fundamentally new reactive armor protection.

What about the 4C22U technology?

This is another project being addressed by our Company – production of ERA elements to be used in “Contact-5” ERA system. We are ready to supply 4S22U to customers.

It might be noted that both the 4S20U and 4S22U being externally similar to their Soviet-era counterparts have a slightly different explosive mixture made with the different compounds that we developed with our partners and named Blyskavka (Ukrainian for “Lightning”).

We have completed full R&D cycle for the 4S20U and 4S22U elements including engineering design and documentation, trials, certification, codification etc. Both are ready for production while the 4S20U elements are already being supplied to the Ukrainian forces.

– What else does your Company do?

Another project is dealing with development of new ERA elements aimed to upgrade and improve existing Ukrainian systems of “Nizh” and “Doublet” types adopted in 2003 and in 2009 respectively. Quite much time passed since then. In addition, we can see what and where can be improved based on combat experience in Eastern Ukraine. We are now developing upgrades, leveraging on lessons learned with using Bulat MBTs equipped with “Nizh” ERA systems.

The upgrades will focus primarily on the explosive component, as well as the weight of elements without compromising key performances, and we are also working on several other solutions.

– We are talking about reactive armor protection. What about active protection?

We are developing reactive armor protections only. As far as I’m aware active protection technology development is being handled by Microtech and Artem engineering firm.

– What are your plans regarding collaboration with foreign partners?

– We have already drafted several proposals for potential export customers with support of Ukrainian state arms trading companies. Our Company is willing to sell 4S20U/4S22U ERA elements to export customers from countries operating Soviet supplied MBTs with integral or add-on ERA systems. ERA elements in these systems have already reached or are reaching the end of their useful life, and we could provide replacement for installation into the ERA systems already used on their tanks.

Moreover, our Company could offer to potential customers reactive armor protection systems based on our up-to-date ERA elements. These systems can be configured for integral or add-on installation as well as a part of a combination armor kit to meet specific customer’s needs and requirements to protection against different ammunition types.